TOBAM
Home Back to Markowitz

In 1990, the Royal Swedish Academy of Sciences  awarded the Sveriges Riksbank Prize in Economic Sciences in Memory of Alfred Nobel to, among others, Harry Markowitz for his role in the foundation of Modern Portfolio Theory (MPT). 30 years later, and more than 60 years after the original papers, are Markowitz’s insights still relevant for the finance practitioners?

We, at TOBAM, believe they are. They indeed directly inspired our management philosophy, and we recently embraced the opportunity of meeting him.

The afternoons of June 10th and 11th 2019 were amongst the most exciting times I have ever had in my professional life.

This was the second sentence that Harry Markowitz said when welcoming me last June into his office in San Diego before inviting me to explore his library.

“I am what I read”, said 92-year old Harry Markowitz, in front of his extensive library. Some were economic books as one could expect from a winner of the Nobel Prize in economics. However, it is a very diverse and organized collection, with an important allocation to History and Mathematics. If his library defines who he really is, Harry Markowitz is definitely a well-organized mathematician and philosopher.

We were delighted to find in his library the works of Nicolas Bourbaki, the collective pseudonym of a French school of mathematics that aimed at reformulating mathematics from the ground up, in a self-sufficient, formal and rigorous way. We should not have been surprised, as Markowitz’s framework is derived from the economics of uncertainty, starting with very basic formulations of preferences towards risk.

The “Bourbaki spirit”, one of TOBAM’s founding values, means that we aim to avoid using conventional wisdom when it uses unclear definitions.

I also have established a now decade-old tradition at TOBAM to offer each of the new employees, after a certain period with us, a book entitled “Gödel’s Proof”. Harry’s first shelf contains the works of my four favorite mathematicians: Bourbaki, Euclid, Gödel and Cantor, whose triadic set I often quote when in need to give an example of counter intuitive results. 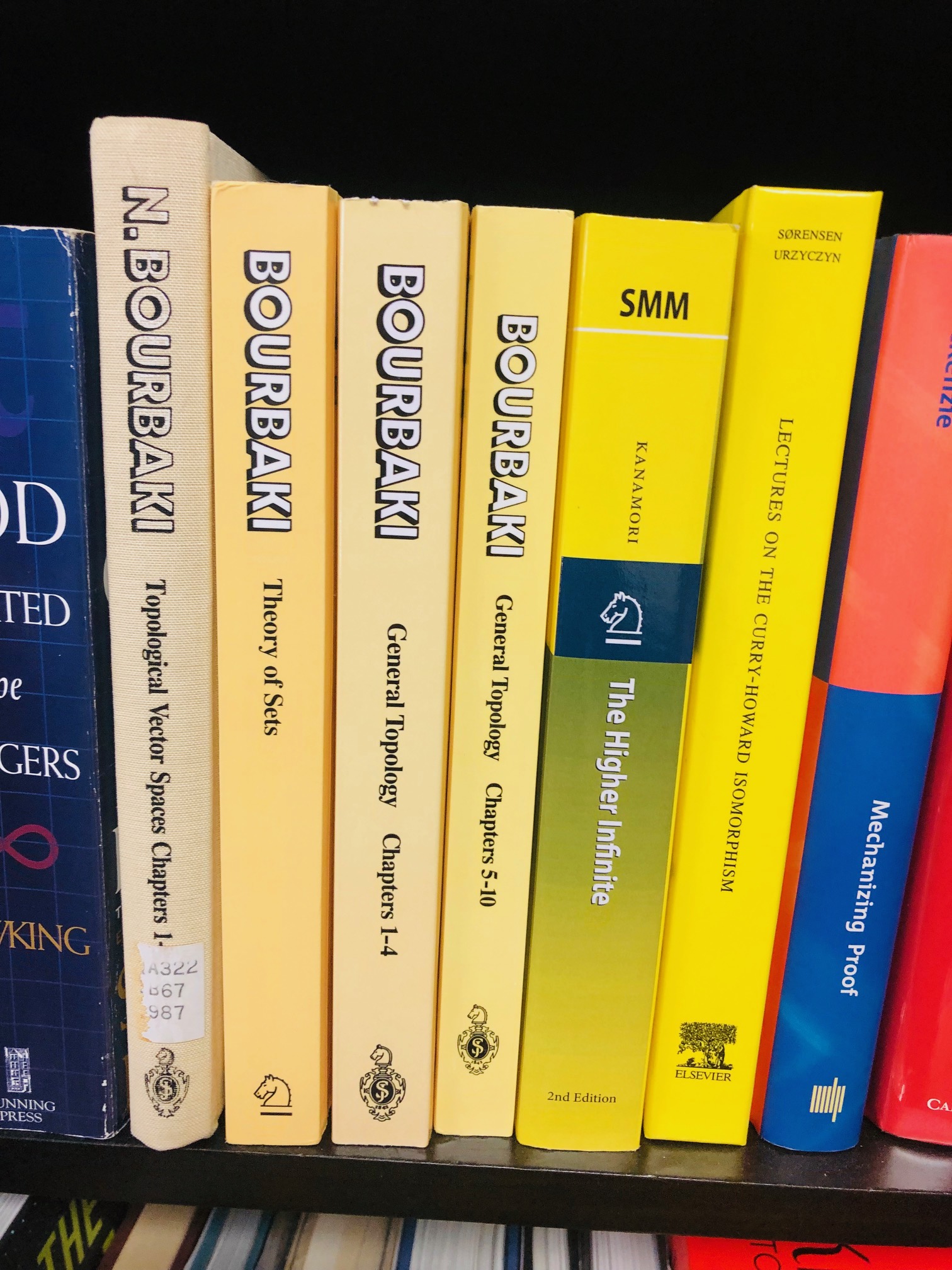 I have always been proud to proclaim that TOBAM’s approach to investment walks in the footsteps of the ground-breaking work undertaken by Harry Markowitz almost 70 years ago.

Harry Markowitz looks at the merit of a portfolio for what it brings to its owner in terms of return and of risk rather than as a result of an equilibrium which can be argued is based under a set of fallacious assumptions.

What I find most gratifying though, is that despite all the accolades that Harry has achieved in a very long and distinguished career, he is still working hard on new, original ideas. His conversations could be characterised as full of life, humour, humility and profundity – Harry remarked that people used to tell him that he kept changing his field of study. He has such a curious mind that he resolved this issue by characterizing himself as a philosopher.

The topic that Harry Markowitz explored for his doctoral thesis was “diversification and investment” as he liked to put it. 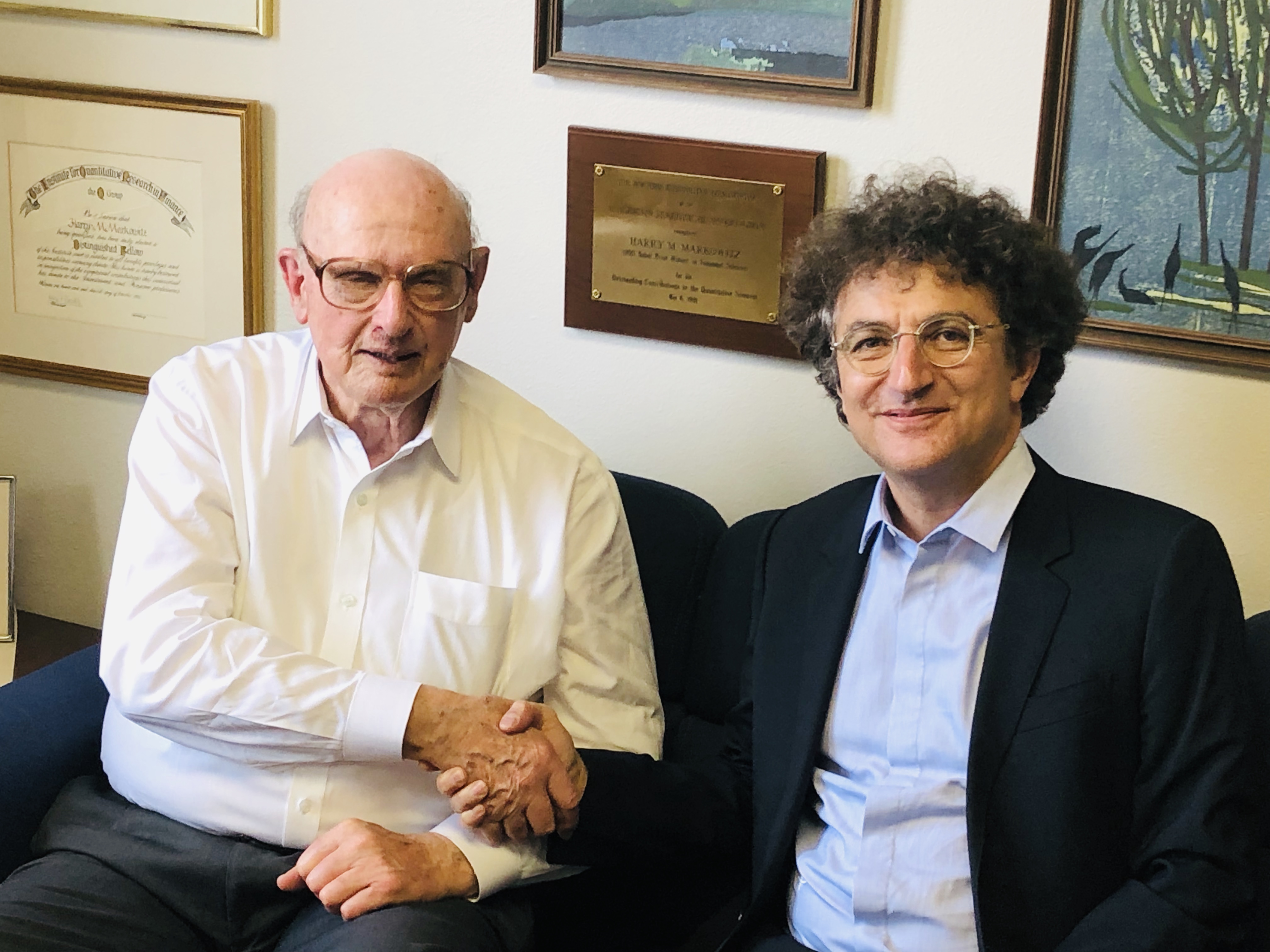 “That’s very strange I don’t understand how the world could go on for so long without anyone wondering how should I diversify my portfolio?”.

Echoing what Harry said, it indeed strikes me that sometimes the most obvious is not always defined and deconstructed.

And indeed, a central result of Modern Portfolio Theory is that ‘diversification is the only free lunch’, in the words of Harry Markowitz.

Harry’s revolutionary approach was to recognise that the standard deviation of the returns of a portfolio of equities, or assets in general, will be reduced by the extent that the securities are uncorrelated with each other. Combining stocks which tend to move in different directions will reduce the overall portfolio standard deviation to levels below that of individual stocks. It is then possible to produce an “efficient frontier” of portfolios, each of which maximises future return expectations for a given level of overall portfolio risk. That insight, which seems so obvious today, was a revelation when it was first put forward.

The mathematical problem that Harry Markowitz solved was that, given a set of stocks and their expected returns, standard deviations and correlations among each other, how do you determine the set of portfolios that maximizes the expected return for a given level of risk? He devised an algorithm in 1956 known as the ‘critical line algorithm’ which produced a set of “efficient” portfolios that maximised returns for a given level of risk, tracing the now famous “efficient frontier”.

What TOBAM does can be seen as an extension of this very idea in the case when we have no a priori views of the expected returns on individual stocks. Our objective is then much simpler than trying to produce an efficient frontier of risk and return as we don’t need to come up with expected returns on each investment but instead, just end up maximising diversification. In this case, you have to formulate a neutral assumption based on the fact that, when arbitraged, the prices are organized in a way that future risk contributions are perceived to be equal. TOBAM’s Diversification Ratio® is the function that needs to be maximised in order to ensure that the marginal contribution of any stock in the portfolio to the total portfolio risk is identical.

Since Harry Markowitz’s ground-breaking work, a whole new field, known as “financial economics”, has arisen and numerous papers on exploring and developing further insights are published each year. However, it is fair to say that Harry Markowitz’s original approach has stood the test of time and is the benchmark of what a well-constructed approach to investment could be.

Harry was initially looking at the problem of risk and return in a portfolio of equities, although clearly the theory has general validity for a portfolio of any number of asset classes as well as individual components within an asset class. The calculation of efficient portfolios using the critical line algorithm requires quite complex mathematical manipulation involving inversions of matrices representing the securities being looked at. Analysing a complete stock market of one thousand or so securities would require an inversion of matrices consisting of a thousand rows and a thousand columns and calculations of correlations of one stock with each and every one of the other 999. Such calculations were not economically feasible using the computing power available for decades after Harry’s work first came out. That may have provided the spur to further theoretical developments in the form of the single index model developed by Bill Sharpe, which essentially simplifies the problem of trying to assess correlations of one stock with hundreds of others, by giving an approximation: namely that a large amount of the behaviour can be explained by the correlation of the behaviour of one stock with the average of all the other stocks, that is with the market index. This approach led on to the ideas of the Capital Asset Pricing Model and subsequently, to the ideas of efficient markets.

Having the opportunity to discuss TOBAM’s approach to risk diversification during two consecutive afternoons with the father of Modern Portfolio Theory in Sunny San Diego, was a very moving experience for me. Our philosophies are so close that whilst Harry is well known as the father of Modern Portfolio Theory, I can now confirm even more strongly that Harry is truly the godfather to TOBAM’s investment philosophy. 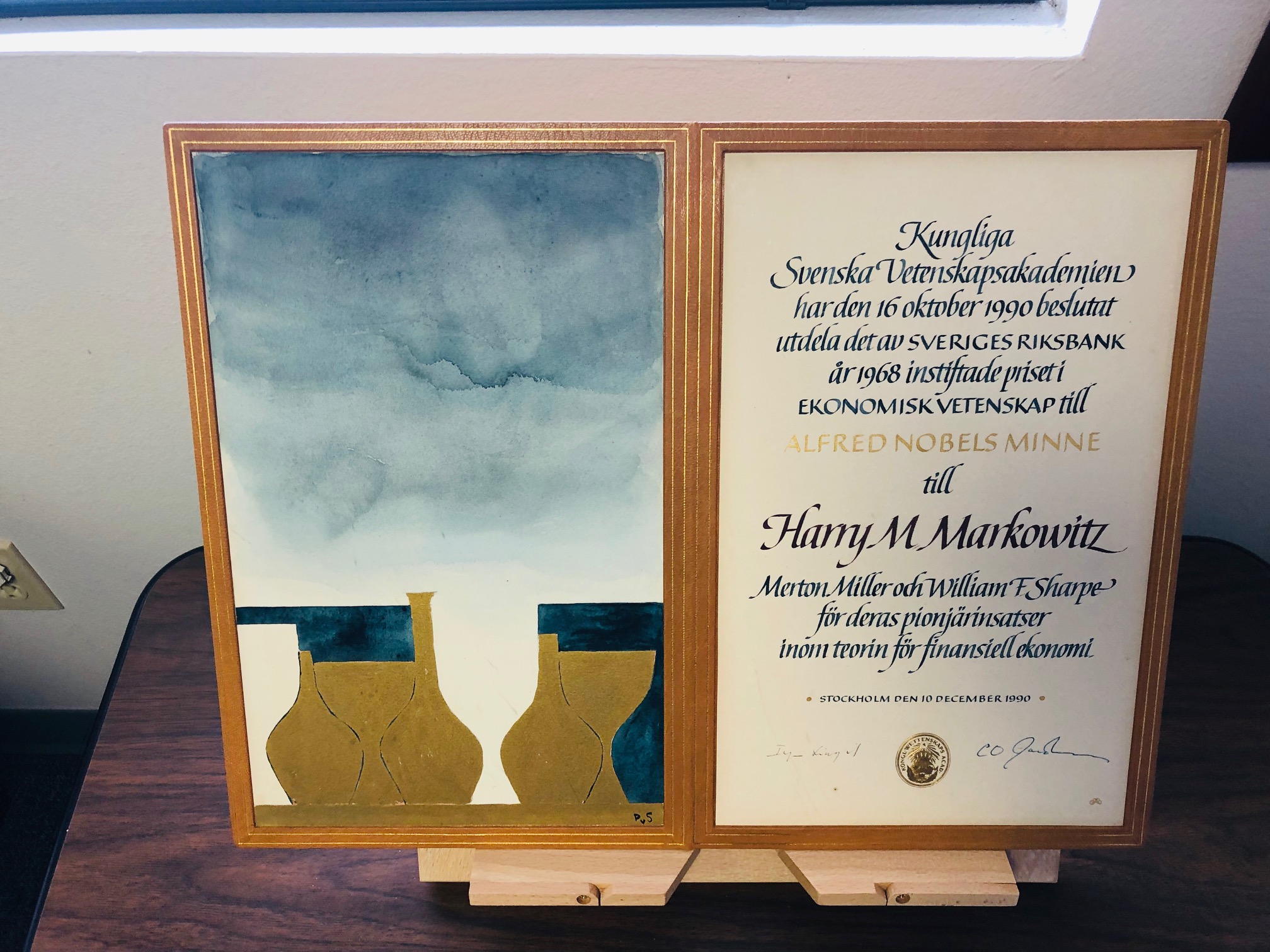